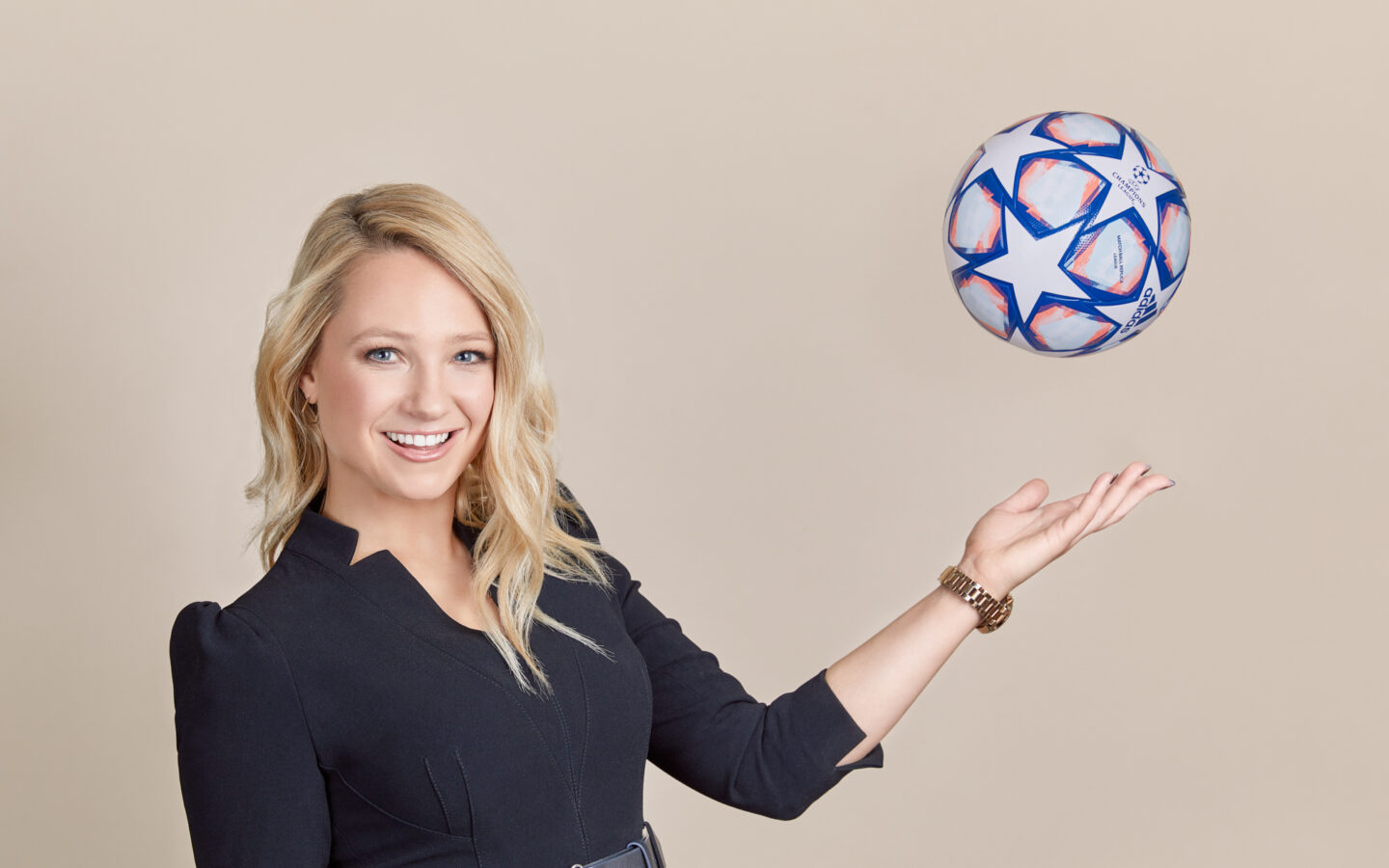 Katie is a dynamic broadcaster and journalist, currently leading the ITV Football coverage for the Women's England squad and presenting on Sky Sports. Most recently, Katie was in Qatar at the FIFA World Cup 2022 presenting with FIFA. Combining a wealth of experience at elite level sport with her distinctive punchy style Katie delivers informative and entertaining live TV.

Katie is a former international athlete having played England Hockey for five years before moving into sports broadcasting. She won bronze at the European Championships, clinched the Premiership title in England, and has traveled around the world playing hockey at the highest level in the USA and Australia.

Presenting the sport on BBC Radio 5 Live led her to anchoring programmes and bulletins on BBC One, BBC News Channel, and BBC World broadcasting to hundreds of millions of viewers. When the Tokyo Olympics were postponed in 2020, Katie broke the news to the nation in a calm, composed but authoritative manner. From global stories such as this to Manchester City’s UEFA ban and Deadline Day, it’s opened doors to covering live events such as Wimbledon and the Tokyo Olympics on the BBC Red Button in the summer of 2021.

Before that, Katie was reporting from centre court at Eastbourne tennis, presenting on Euro 2020 and the Champions League Final for BBC Sport News. Plus, bringing her insight, energy, and enthusiasm every weekend on BBC Radio 5 Live as the goals fly in across the country with previous stints at BBC Sport’s Final Score and BT Sport.

When she’s not covering the men’s game, Katie enjoys popping down to Kingsmeadow, home of the WSL champions, and presenting for Chelsea TV. She’s also been the Stadium Announcer for England Women’s football matches in the build-up to the World Cup in 2019.

Katie relishes the chance to capture the emotion from the players and fans at live sport. Whether that’s speaking to Gareth Southgate and Harry Kane at BBC Sports Personality after reaching the semi-finals at the 2018 World Cup, or intense interviews with Jose Mourinho following Tottenham’s early exit from the Europa League, to capturing the emotion from England’s cricketers after their dramatic fightback at Lord’s which saw them crowned champions of the 2017 Women’s World Cup. Whatever it is, Katie loves getting the best out of her guests and bringing that entertainment to the audience at home.

Over the years, Katie has won a handful of awards, but most recently won Highly Commended in the ‘Ones to Watch’ On-Air category at the 2019 Sports Journalism Awards, as she aims to replicate her achievements in hockey and be shoulder to shoulder amongst the very best in sports broadcasting.

Darts on Dave – Reporter for the BDO World Championship at Lakeside 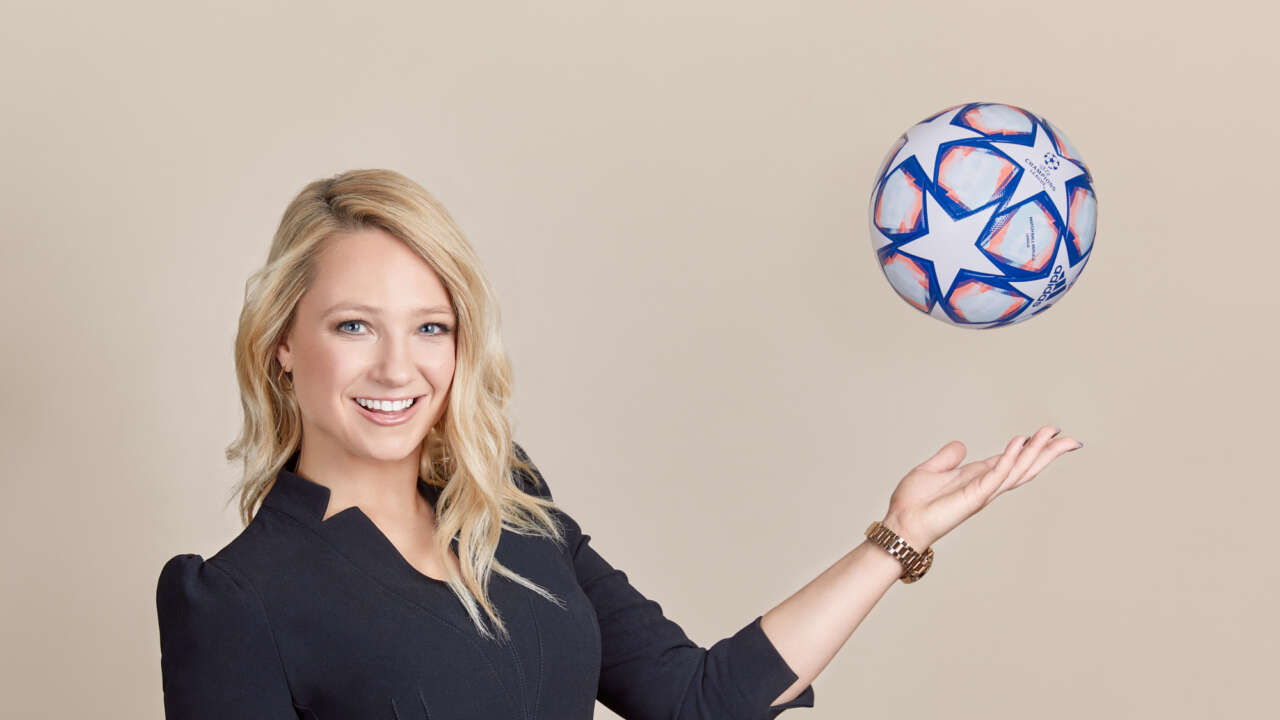 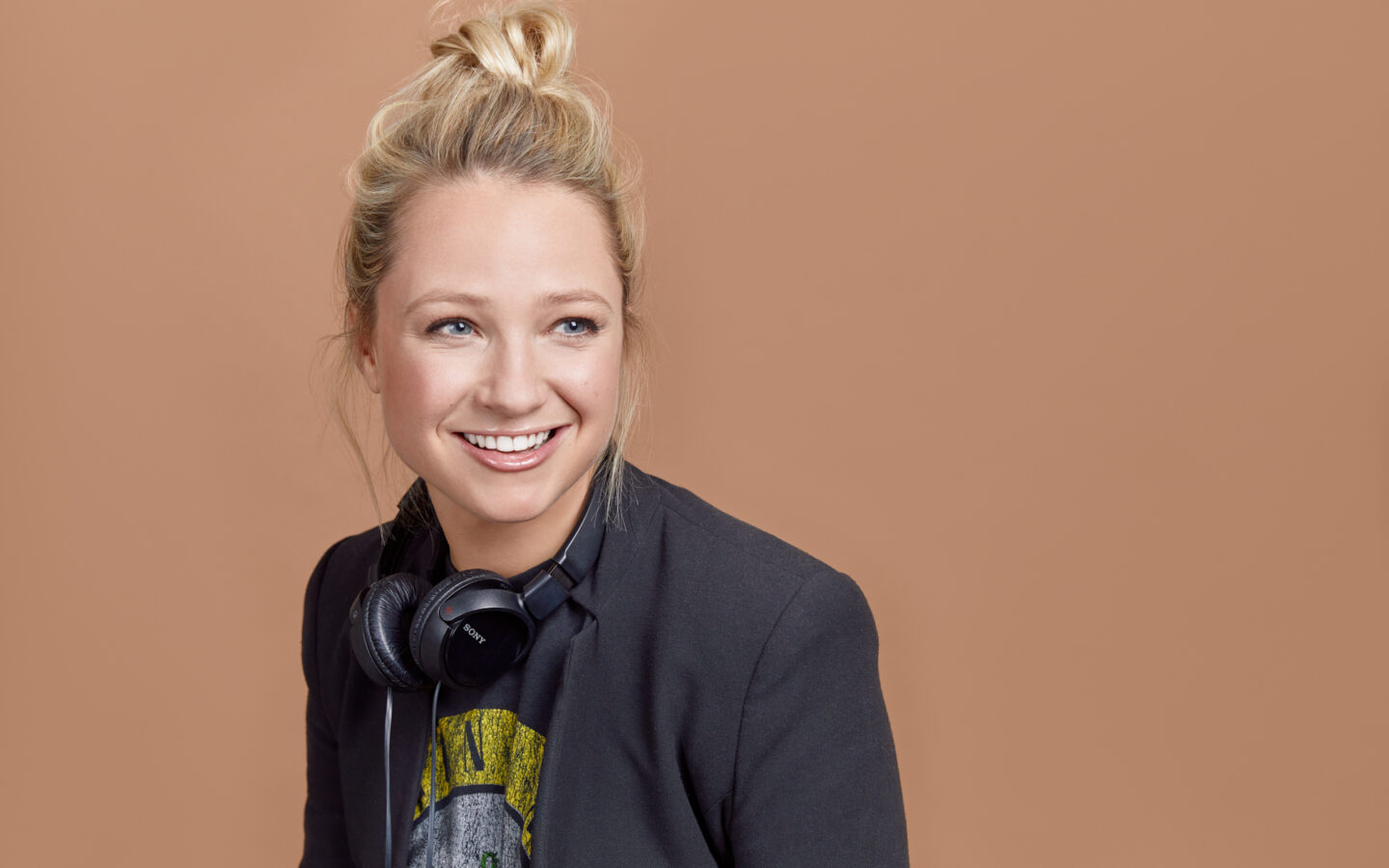